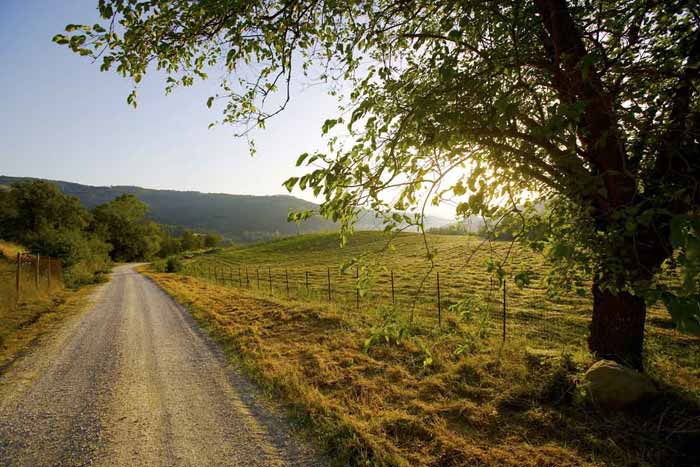 The history of the four stone houses we have named Il Cucciolo goes way back to Medioeval times when the location was a pit stop for travelers with horses. The position was strategic in between two Castles and two valleys where two different roads connect Umbria and Tuscany, Città di Castello and Cortona.
In the 1950’s the first stone building had become a tobacco farm owned by a Florentine land owner: 25 hectares of land of which some was forest and some agricultural field. The farmer’s house was big and built directly into the high point of a rocky hill, and three other building were built around it: a pig stall, a blind tower with wood ovens where tobacco leave were put to dry, and another house, probably used to store grains.
This property was bought in 1971 by my Grandfather who continued managing the tobacco farm for a while until he decided to go organic. He restored the upstairs apartment in the big house, two enormous rooms and a living fireplace, but he never decided to move here, coming and going from Rome as needed. 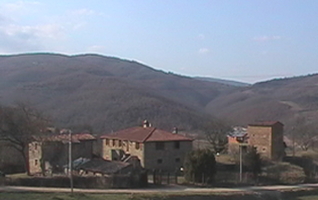 When Breon and I arrived in 2005, the farm had been the same for decades, the fields were used for rotating organic crops, the forest was cut periodically in order to sell wood and a part from my grandfather’s upstairs apartment a smaller house had been restored and was ready for usto move in to. The foundations for transforming the place into a holiday farm were all there, a place to have tourists vacationing in a rural context, but in order to do it a lot of restoration would be needed. 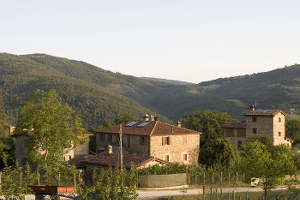 Our plan was to create a comfortable and beautiful place for people vacationing with their dogs, but also for having families with children, couples, and groups of friends or family reunions. The place was to become famous as the only holiday farm where dogs are welcomed in a special way and guests could find professional support for their dogs while on vacation.

Two years later, at the beginning of 2007 we had a business license and we started having guests. over the next couple of years we added the pool, we restored the tobacco tower and made it into our home and we started collecting the fruits of the trees we planted during our first winter in Umbria.
Today the holiday farm has a certified professional kitchen, a tasting restaurant, the pool with a nice garden around it, and open air areas for enjoying your dog’s company in a safe environment. But more than anything else we and our guests appreciate all of the many memories and life experiences we have shared, which have enriched all our lives every day since.